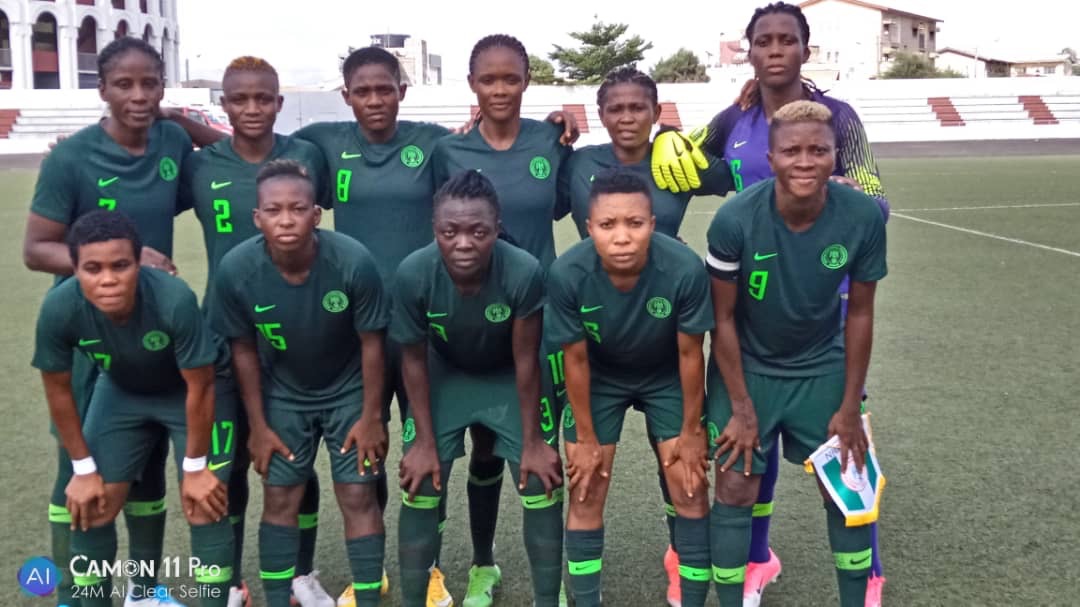 Posted By: Ben Stephenon: May 13, 2019In: Super Falcons
Print Email

Goal –happy Super Falcons of Nigeria look to defeat their counterparts from Mali in Abidjan on Tuesday to finish top of Group B of the WAFU Women’s Cup Tournament heading into the semi finals.

The African champions set a tournament record on Saturday evening after beating the senior women team of Niger Republic 15-0 at the Parc des Sports in Treichville, effectively sealing a place in the tournament last four.

United States of America –based student Uchenna Kanu smashed in five of the goals, to add to the hat-trick she netted in the 5-1 mauling of Burkina Faso at the same venue on Thursday.

Cynthia Aku, who was named Woman-of-the-Match, got a brace, just as Rafiat Sule, while Chioma Wogu, Mary Ologbosere, Chidinma Okeke, Glory Ogbonna, Alice Ogebe and Joy Bokiri weighed with one goal each.

Tuesday’s encounter with the Malians is to determine the outright winner of Group B, with Mali having earlier victimized Niger Republic 10-0 and beaten Burkina Faso 3-1 on Saturday. A draw will suffice for the Falcons to finish top of the pool.

The in-form Kanu, a former junior international, who has now been listed by Coach Thomas Dennerby in the squad that will engage in the final World Cup camp in Austria as from next week, is expected to increase her tournament goals haul and also improve personal confidence ahead of the World Cup.

Former team captain Evelyn Nwabuoku (who is captaining the squad at the WAFU Cup), and other home –based professionals Amarachi Okoronkwo, Chidinma Okeke and Chiamaka Nnadozie are sure to play with greater vivacity having been named in the team for Austria.