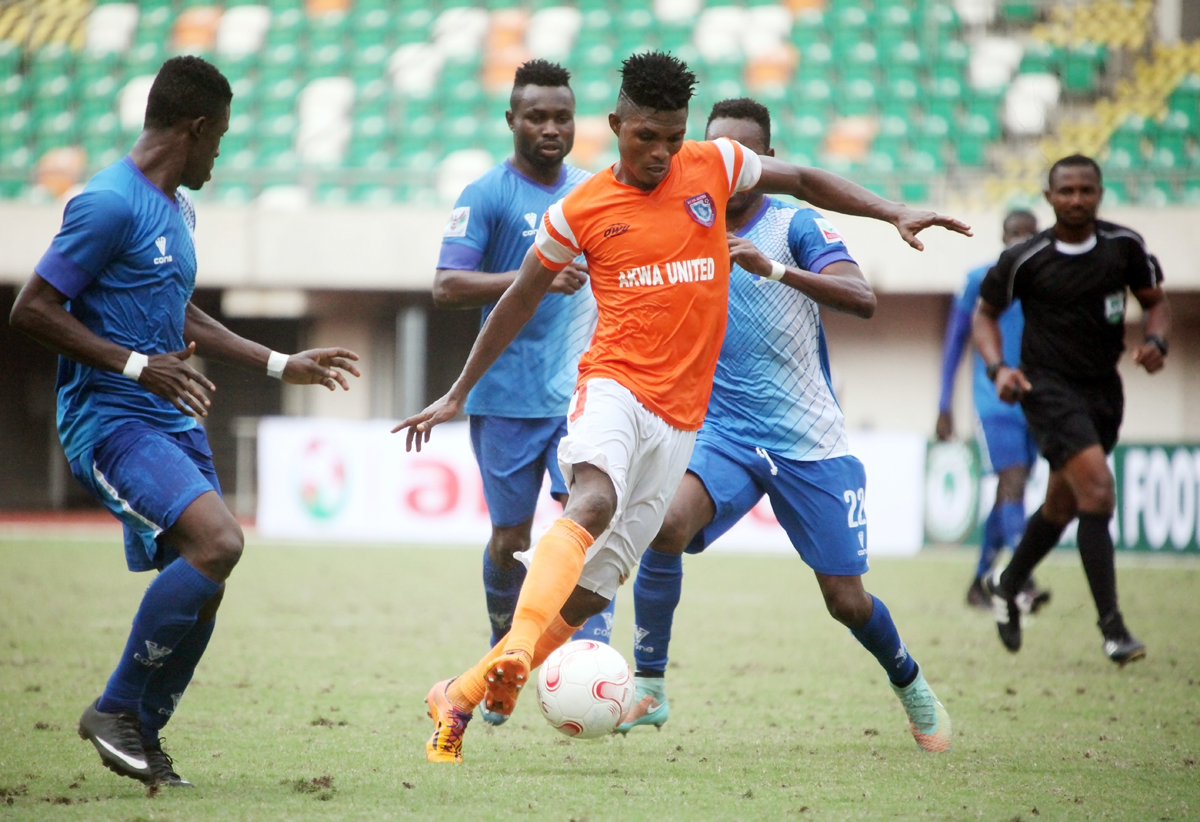 Following the conclusion of the Super 6 that finally brought the curtain down on the Nigeria Professional Football League season, all the attention is now on the national finals of the AITEO Cup 2019 which remaining matches of the Round of 64 come up this weekend.

Enyimba FC, the ‘People’s Elephant’ are up against Kano Pillars Feeders at the Kwara Sports Complex in Ilorin on Sunday, but on Saturday, Cup holders Rangers International of Enugu and Niger Tornadoes Feeders clash at the Lekan Salami Stadium, Ibadan and Rivers United will cross swords with Timber Loaders in Lafia.

Katsina United and Gwandu United will battle things out in Gusau; Jigawa Golden Stars and Insurance FC are up in arms at the Bako Kontagora Stadium, Minna and; Damaturu will bubble for Wikki Tourists of Bauchi and Setraco United.

On Sunday, last year’s finalists Kano Pillars have a session with Aspire FC at the FIFA Goal Project, Abuja and same day, El-Kanemi Warriors will file out against Police of Osogbo at the Lafia Township Stadium.

AITEO CUP MEN’S ROUND OF 64 RESULTS

AITEO CUP WOMEN’S ROUND OF 16 TEAMS

Nigeria’s U15 boys on Friday lost their second match of the 2019 International Dream Cup tournament to host nation Japan 1-4 at the Yurtec Stadium in Miyagi.

Following their 3-1 win over Mexico’s U16 on Wednesday, the Future Eagles were confident of a result against the Japanese. But they got a lesson in marksmanship and staying power by the Japanese.

Katsushima, who would eventually annex the match ball with a hat-trick, opened the floodgates in the 16th minute. But Adeyeye Damilola equalized for Nigeria 10 minutes later.

Katsushima got his second four minutes after the restart, and then made it three for himself and Japan in the 52ndminute. Suwama Kosei made it 4-1 with seven minutes to go.

The Future Eagles will take on the U16 team of Romania on Sunday at the last venue, in their last game of the tournament.