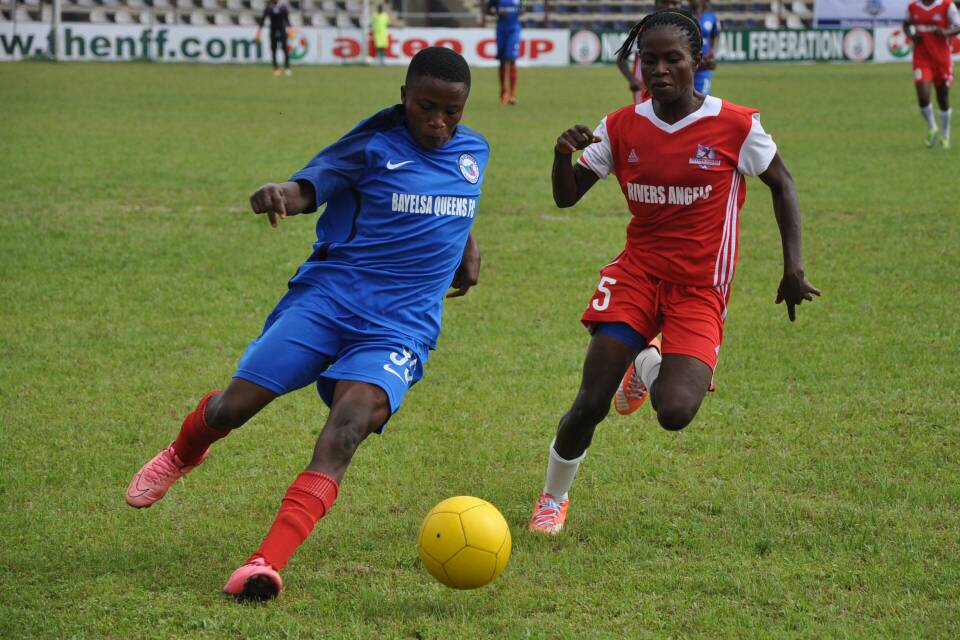 There will be quality football action across the country on Wednesday as the first round matches of this year’s AITEO Cup competition hold in eight centres. A ninth match will hold in Lokoja on Thursday, between Kaduna Queens and Abia Angels.

Seven teams, namely Rivers Angels, Adamawa Queens, Sunshine Queens, Delta Queens, Nasarawa Amazons, Confluence Queens and Ibom Angels have drawn bye into the next round, which would be the Round of 16, as nine are set to emerge from the confrontations on Wednesday and Thursday.

In Port Harcourt, Solo Wonders and Bayelsa Queens are at one another’s jugular, as Crystal Academy and Pelican Stars in Owerri. Lagos will play host to Edo Queens and YEP Queens, while Olori Babes and Moje Babes clash in the evening game in Akure and Young Talents 99 and Fortress Ladies make it a date in nearby Ado-Ekiti.

AITEO CUP WOMEN’S ROUND OF 25