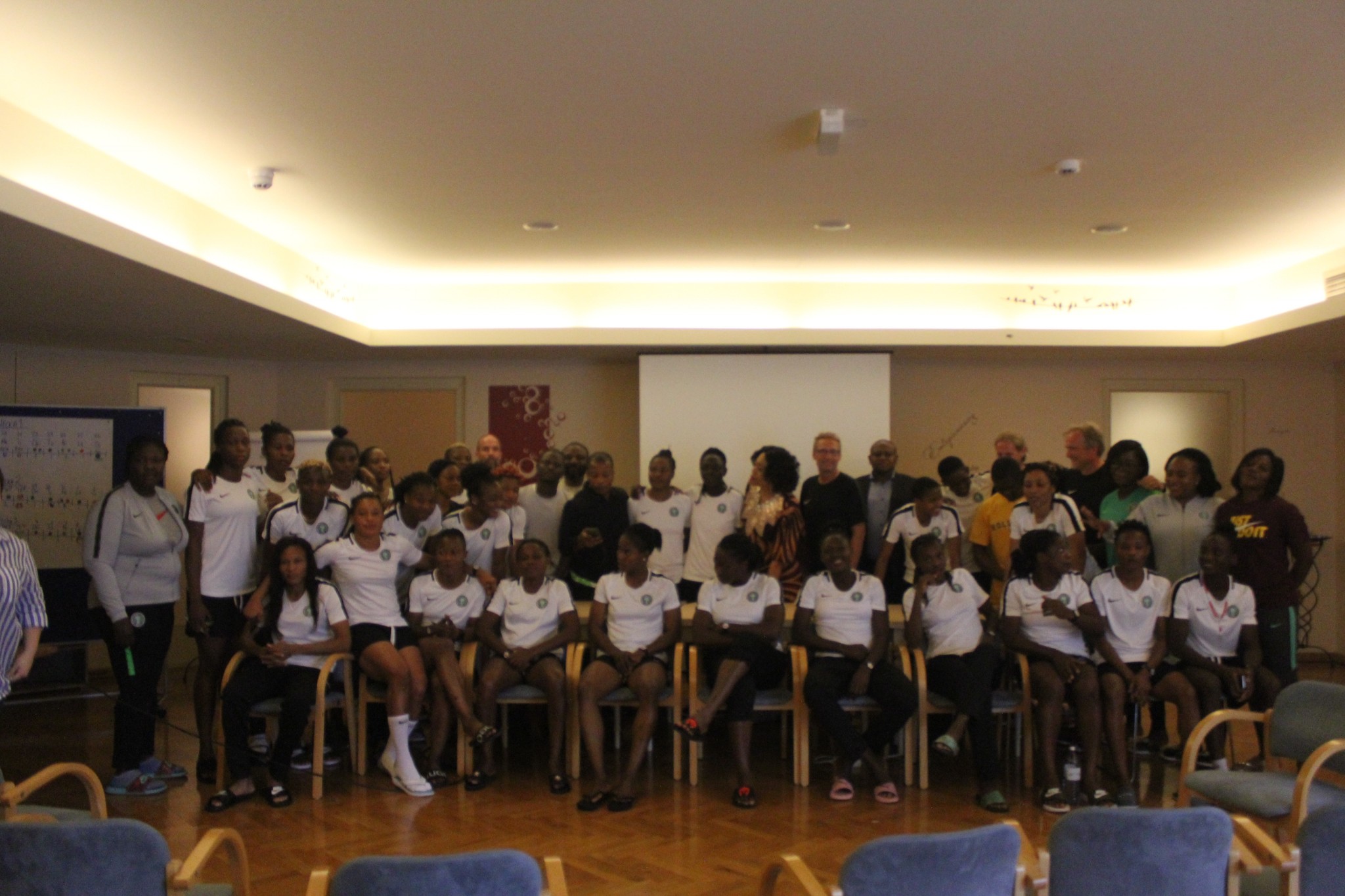 African champions Nigeria have departed the Avita Resort in Bad Tatzmannsdorf in Austria, where they were on a two-week residential camping, and will spend Monday night in Vienna before flying to Paris on Tuesday for the 8thFIFA Women’s World Cup finals.

Spirit is high in the team’s camp after handsome wins in two friendly matches against top clubs in eastern Europe. On Tuesday, they defeated Hungarian Premier Division side, Halandas Viktoria 5-1 in Hungary and on Sunday, put three past ZNK Pormuje in Slovenia.

Individual accomplishments are also a booster. Asisat Oshoala, who scored a brace in each of the friendly matches, has secured a substantive contract with FC Barcelona Ladies in Spain. Only weeks ago, she became the first African to score in the final of the UEFA Women’s League even as FC Barcelona lost to defending champions Olympique Lyon in France.

Uchenna Kalu, who scored the other goal against Pormuje on Sunday, is in a rich vein of form, after scoring nine goals to emerge top scorer of the WAFU Women Cup of Nations in Abidjan just before the trip to Austria.

There is a new bounce to the steps of power forward Desire Oparanozie, who has been made captain of the squad, and energetic winger Franciscca Ordega is rearing to go after fully settling down to football life in China.

Petite forward Rasheedat Ajibade will be attending her first major finals as a foreign –based professional, and Chinwendu Ihezuo, who scored against Viktoria in Hungary, is also in great mood after settling down in China.

The Falcons are up against Norway in their first match of the 8th FIFA Women’s World Cup at the Stade Auguste Delauney in Reims on Saturday, before other Group A matches against Korea Republic (Grenoble, 12th June) and host nation France (Rennes, 17th June).