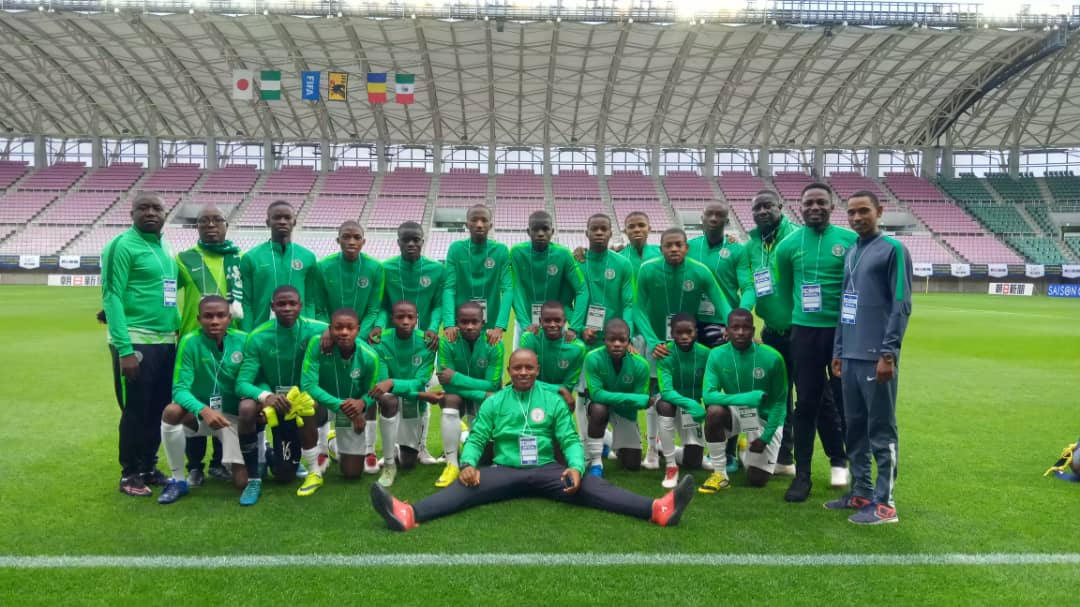 The Democracy Day in Nigeria was indeed a fruitful day for Nigerian Football as the U15 National Team defeated their Mexican U16 counterparts 3-1 in their opening match of the 2019 International Dream Cup tournament in Miyagi, Japan. The match was played hours before the Super Falcons took the pitch against Korea Republic at the FIFA Women’s World Cup in France and earned a sweet win.

Egesionu Sopuruchukwu got Nigeria in front in the 44th minute as the Future Eagles led 1-0 at half time, at the Yurtec Stadium in Miyagi.

Adeleke Oluwatobi made it 2-0 for Nigeria in the 55th minute, before Adeyeye Damilola added another in the 72nd minute.

The Future Eagles will now confront host nation Japan’s U16 squad at the same venue on Friday.

Coach Usman Haruna told thenff.com: “I am happy with the performance of the boys in this first match. Our focus now is on the encounter with the host nation. We expect that match to be tougher so we will also prepare harder in order to achieve victory.”