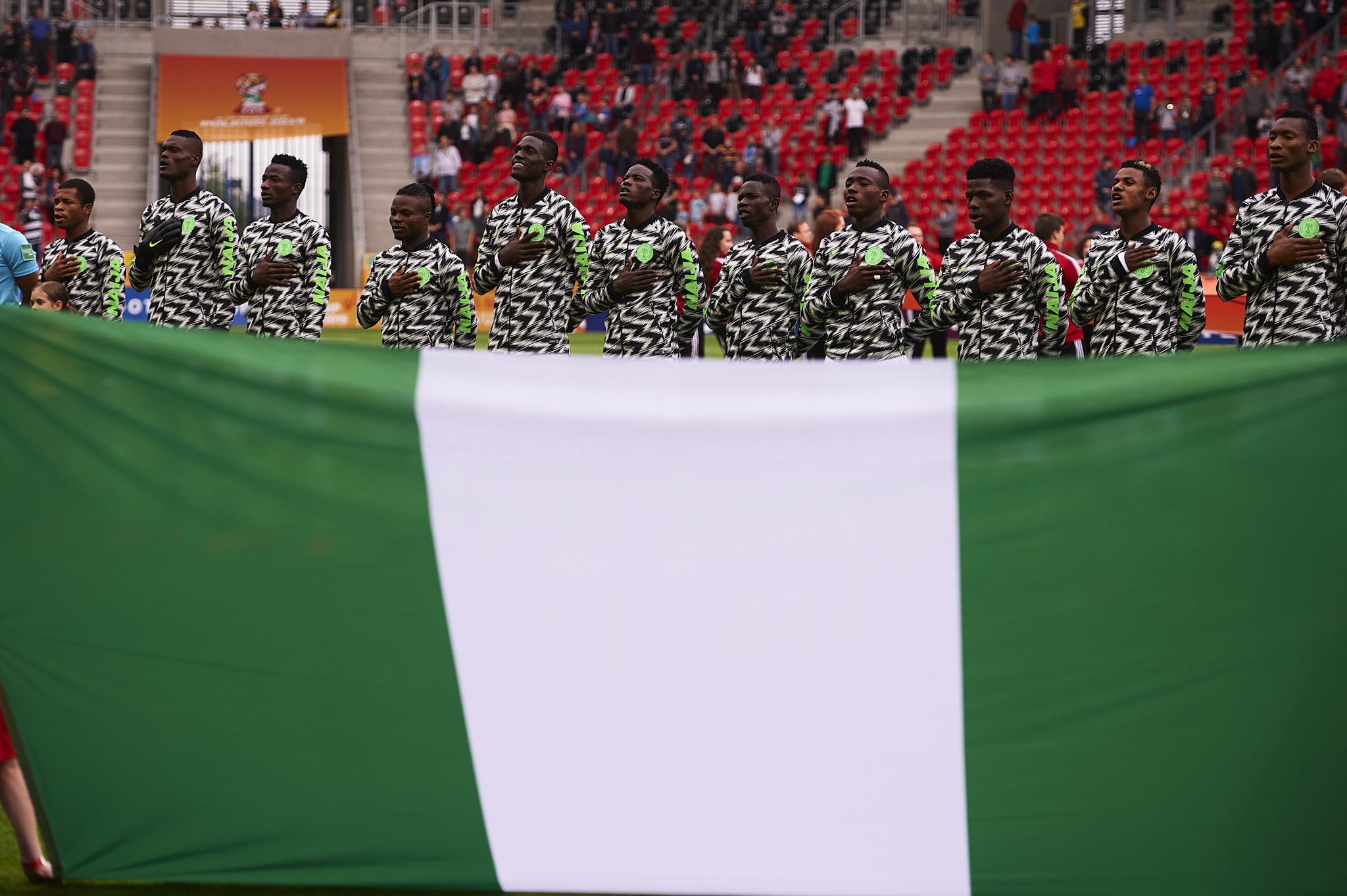 The delegation of Nigeria’s U20 team arrived in the city of Lodz on Saturday afternoon, ahead of Monday’s FIFA U20 World Cup Round of 16 clash with fellow African flagbearers Senegal.

Players and officials left their Qubus Hotel in Bielsko-Biala after breakfast and arrived in Poland’s third largest city just in time for lunch at the Hotel Ambasador Premium.

Nigeria finished third in Group D and only qualified as one of the best four third –place finishers in the six groups, while Senegal, Africa’s vice champions, finished at the top of Group A after two wins and a draw.

The seven-time African champions are yet to truly impress in Poland since their opening day 4-0 lashing of Qatar in Tychy, with goals from Maxwell Effiom, Henry Offia, Ayotomiwa Dele-Bashiru and Aliu Salawudeen.

A 0-2 loss to USA and 1-1 draw with Ukraine, both in Bielsko-Biala, meant the Flying Eagles had to sneak into the knockout rounds, but the spirit in camp is high following qualification, and the prospect of squaring up to another African team appears to be engendering unspoken steel determination in the playing body.

Nicknamed ‘The Promised Land’, Lodz however does not hold much promise for the African army, as this early knockout round confrontation between Nigeria and Senegal, and the fact that South Africa’s Amajita are already back in Johannesburg following group stage elimination, means depleted African presence going forward. The other African team, Mali, will have to battle Argentina at the same stage on Tuesday evening.

Half of the Round of 16 fixtures are all-Confederation clashes. Apart from Nigeria/Senegal, South American representatives Uruguay and Ecuador are up against each other, as Asians Japan and South korea, and European teams Italy and Poland.

The 18,000 –capacity Stadion Widzewa, where the Flying Eagles tackle the Junior Elephants of Teranga on Monday evening from 7.30pm, will also host the Final match on 15th June.

FIFA U20 WORLD CUP ROUND OF 16 MATCHES