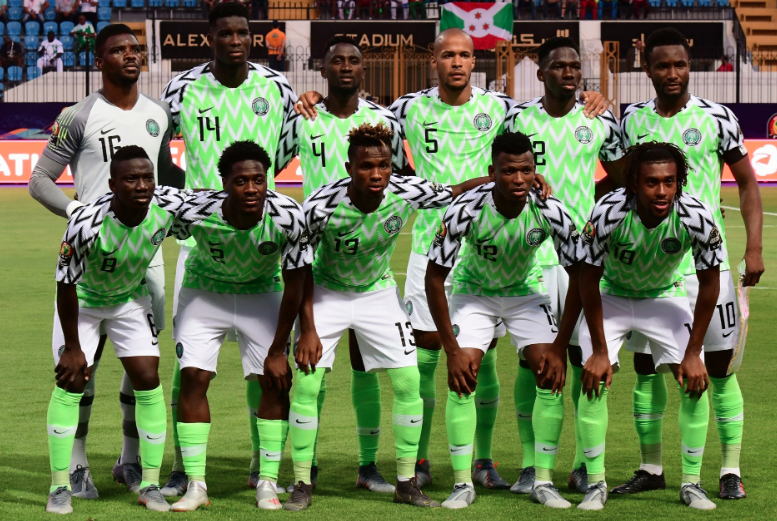 Nigeria got off to a winning start at the 32nd Africa Cup of Nations finals after Odion Ighalo came off the bench to score the only goal of an engaging duel at the Alexandria Stadium. In the event, the Super Eagles picked the three points and took an early lead in Group B ahead of the second match of the pool between Guinea and Madagascar.

Nigeria dominated possession in the early stages but the Burundians were the ones with the very clear chances. Onuachu put two headers past the Burundian goalpost in the 7th and 13th minute, but a minute later, Cedric Amissi came close to getting the Itamba in front when he latched onto a well –placed pass and stung Akpeyi’s palms with a fierce, close range shot.

Onuachu’s tame shot in the 27th minute was held by the Burundian goalie, and a minute later, Samuel Chukwueze sliced a decent chance in the box horribly wide.

Gael Bigirimana, Abdoul Fiston, Amissi and Said Berahino were a thorn in the flesh of the Nigerian rearguard but failed to get the ball past Akpeyi.

In the second half, Ahmed Musa’s introduction for captain Mikel Obi quickened Nigeria’s pace and race towards goal. But nothing was delivered until Ighalo converted a clever pass by Ola Aina to put the Itamba to the sword.

President of the Nigeria Football Federation, Mr. Amaju Melvin Pinnick, who is also 1st Vice President of CAF and President of AFCON, dedicated the victory to His Excellency, President Muhammadu Buhari who had spoken to the players to pump up their spirit two hours before the match.

“We praise His Excellency, President Muhammadu Buhari for reaching out to the team before the match. There is no doubt that his words of encouragement worked wonders for the team.”