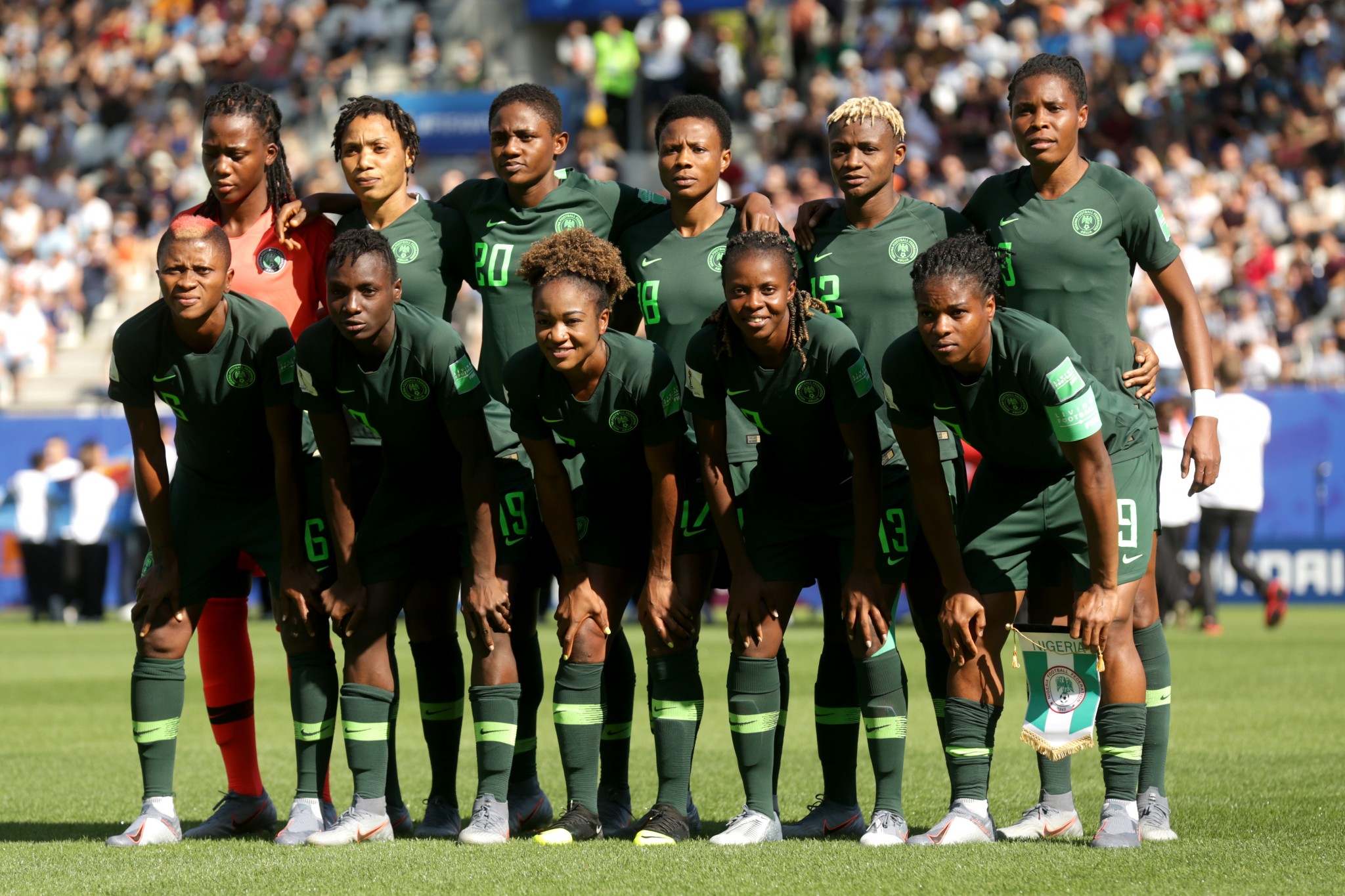 African champions Nigeria were eliminated from the 8th FIFA Women’s World Cup finals on Saturday after a three-goal defeat to two –time champions Germany in the Round of 16 in Grenoble.

Despite starting brightly and showing much endeavour, pace and physical strength, the Falcons could not get breach the Germans’ defence, and Alexander Popp got Germany in front in the 20th minute by sneaking in-between Nigerian defenders to nod home from a corner kick.

In the 37th minute, Ngozi Okobi rocked the crossbar from a free-kick, and in added time of the first period, Nigeria had an appeal for a penalty kick turned down as a German defender blocked Uchenna Kanu’s shot with her arm.

Five minutes into the second period, Nigeria should have scored. Substitute Rasheedat Ajibade’s blistering run carved open the German defence but skipper Desire Oparanozie was late to get herself to the right spot to connect her telling pass.

The Falcons continued to work hard but in the 82nd minute, it was all over after Halimatu Ayinde’s erring backpass was capitalized on by Lea Schueller to make it three for Germany.