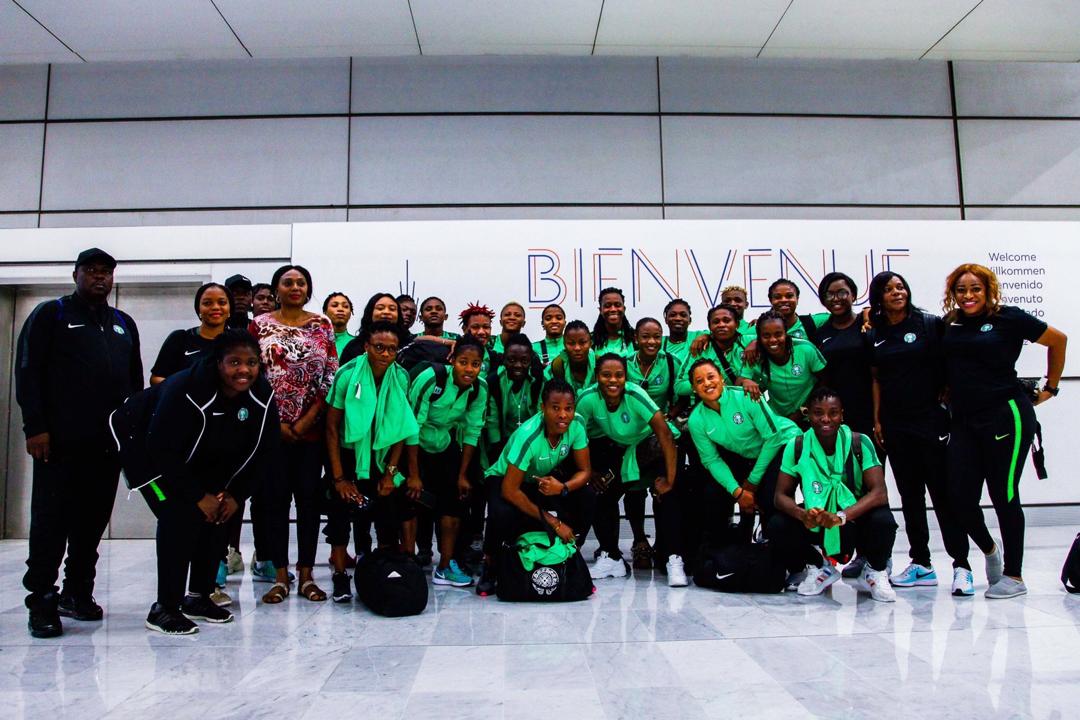 The Falcons have landed!

Nigeria, the African champions, have arrived in France for the 8th FIFA Women’s World Cup finals. The delegation of the Super Falcons landed at the Aeroport Charles de Gaulle just before 5pm on Tuesday, three days to the kick-off of the tournament.

Although their best performance till date has been a quarter final appearance at the third edition of the competition in the United States of America 20 years ago, the Super Falcons is one of only seven teams to have appeared in every edition of the championship since it was launched in China in 1991. The others are the senior women teams of Germany, Norway, Brazil, USA, Sweden and Japan.

In France, the nine –time African champions are up against host nation France, Norway and Korea Republic in Group A. They open their campaign against Norway on Saturday in Reims, before other matches against Korea Republic in Grenoble (12th June) and France in Rennes (17th June).