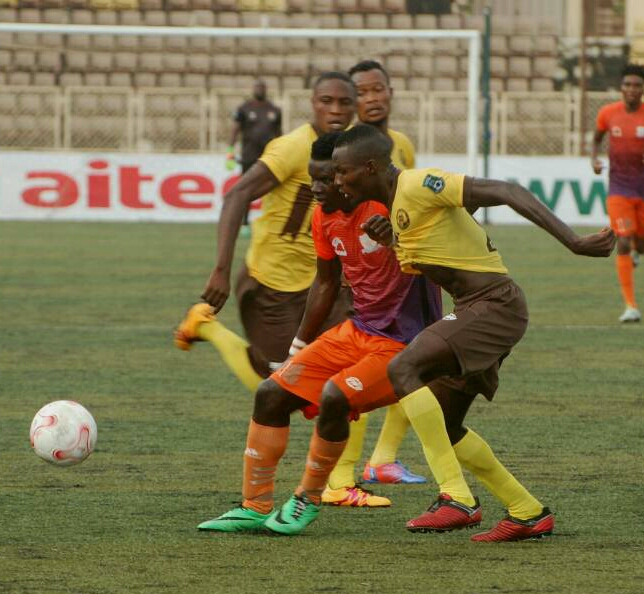 Cup holders Bayelsa United and former champions Rangers International have been sent packing from this year’s AITEO Cup competition in the Round of 32.

Champions Bayelsa United and Green Berets ended it 0-0 at the University of Nigeria, Enugu campus but Green Berets went ahead to win 5-4 on penalties

Enugu Rangers were leading Heartland FC of Owerri at the Samuel Ogbemudia Stadium in Benin City but the Imo State champions drew level and then went ahead to win 8-7 on penalties.

Enyimba and Niger Tornadoes failed to find the net over 90 minutes in Ijebu-Ode before penalty shoot-out came to the rescue and the Ikon Allah smiled home 6-5 winners, to reach the Round of 16.

In Abuja, Kwara United shot ahead in the first half against Wikki Tourists, who then levelled up and went ahead to win 4-3 on penalties at the FIFA Goal Project.

A marathon penalty shoot-out was needed to separate Nasarawa United and Sokoto United, who ended their tie 1-1 in Kaduna. The Solid Miners scraped through 11-10 after penalties and will be part of action in the Round of 16 scheduled for the weekend.

The women’s Round of 16 matches will take place on Thursday evening.